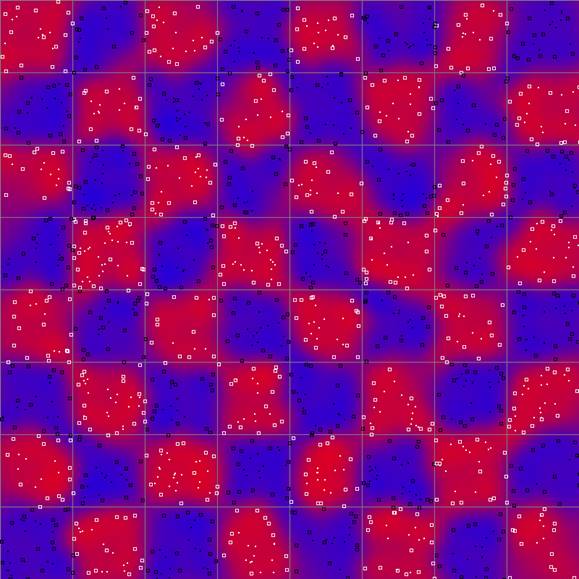 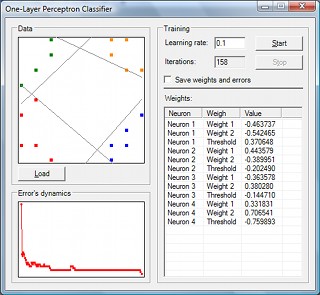 This sample application is similar to the above one, but it demonstrates classification of more data classes (also all of them are linearly separable from the rest of data). To be able to classify more classes this application uses already a layer of perceptrons, but not a single one. The demonstrated simplest neural network has number of outputs equal to number of classes. For a given input the network sets one of its outputs to 1 and the rest of outputs to 0. The output with value set to 1 represents class of the value given to the network.

Face (or object) tracking using Viola-Jones for face detection and Camshift as the object tracker. Can be used in RGB and HSL color spaces (may require some tuning for HSL).

This application demonstrates the usage of Neural Networks for predicting Market Share Values.

This “forecasting” capability makes them a perfect tool for several types of applications:

All the examples are actually very similar, because in mathematical terms, you are trying to define a prediction function F(X1, X2, …, Xn), which according to the input data (vector [X1, X2, …, Xn]), is going to “guess” (interpolate) the output Y. The most exciting domain of prediction lies in the field of financial market.

This screenshot shows the main window of the application, as well as the recognition result is shown 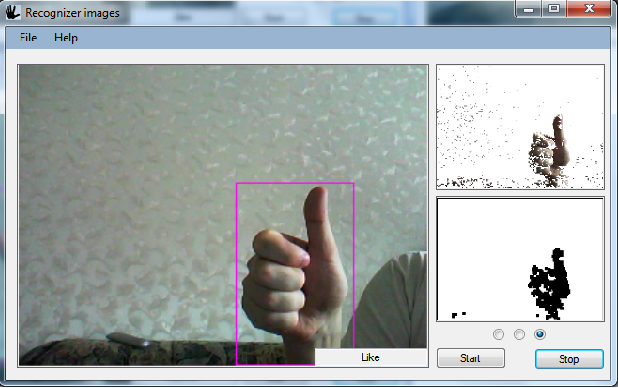 This shows the settings window colors and choice of color spaces. 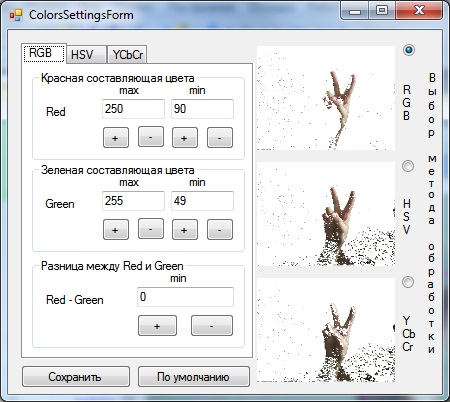 BAOA is the most popular for data stream mining. It includes a collection of machine learning algorithms (classification, regression, clustering, outlier detection, concept drift detection and recommender systems) and tools for evaluation.

The workflow in BAOA follows the simple schema depicted below: first a data stream (feed, generator) is chosen and configured, second an algorithm (e.g. a classifier) is chosen and its parameters are set, third the evaluation method or measure is chosen and finally the results are obtained after running the task.

To run an experiment using BAOA, the user can choose between a graphical user interface (GUI) or a command line execution. BAOA currently supports stream classification, stream clustering, outlier detection, change detection and concept drift and recommender systems. We are working on extending BAOA to support other mining tasks on data streams.